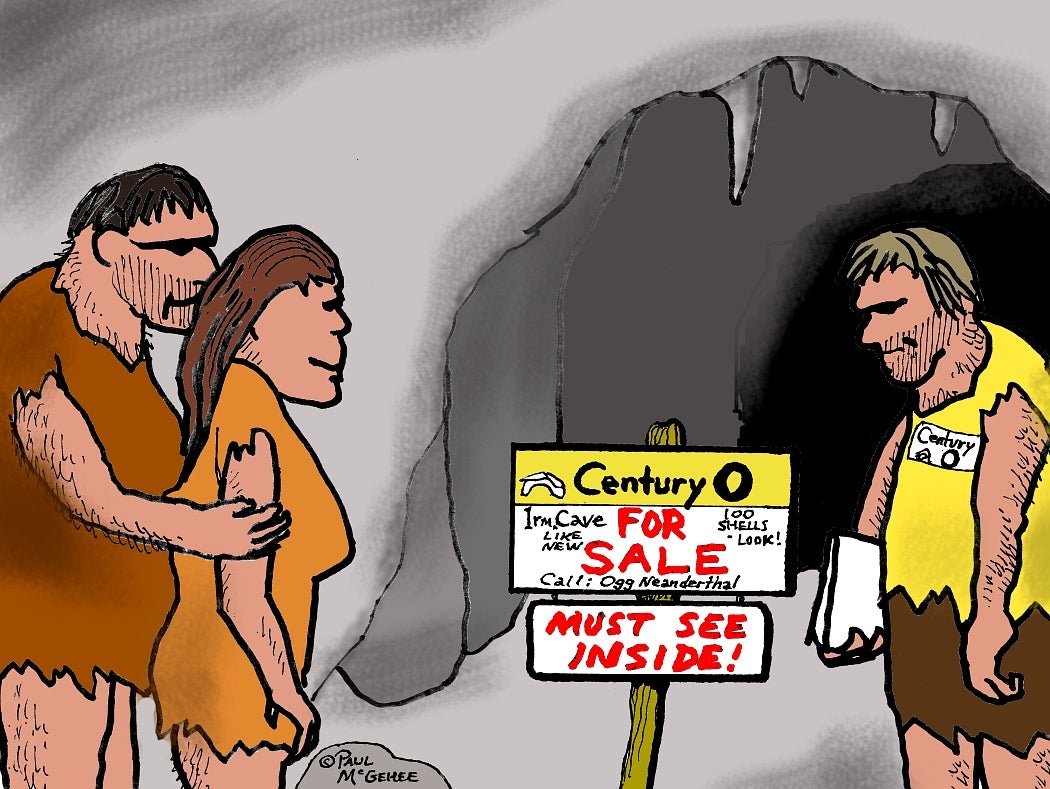 Things must have seemed much simpler in real estate when a caveman went hunting for the perfect stone abode to raise his family, discover fire and create weapons to protect himself from predators.  However, those very same survival instincts that kept a caveman safe often do us harm when dealing with real estate in the modern era.

One misstep that many of us make is called "cognitive bias" which actually means that we tend to pay more attention to information that supports the beliefs that we already have.  For example, if you decide on certain neighborhoods that you are interested in living in, you may be more apt to read online stories that support the notion that those are the best parts of a city to live in, while ignoring stories that may warn us about higher crime rates or issues of concern to that specific area.  This can be dangerous as we then make decisions that are not based in sound data, but rather the data we want to see.  An example might be the US impeachment event in which Trump supporters are quick to proclaim that the president is innocent of all wrongdoing, while others who do not support Trump feel that the impeachment hearings clearly proves his guilt.

The human brain is constantly seeking patterns in how it processes information.  This caveman instinct allows us to make order out of chaos and simplify complex ideas.  When living in a cave and hunting with a spear, if one was to come across a bear, a caveman would likely quickly perceive any bear to be a threat to his  physical safety.  How this translates into the real estate world is that just because someone you know may have made $50,000 flipping a home, this may not be the case for you as each home is unique.  This mistaken pattern of thinking is referred to as "acute pattern recognition".

Although our caveman instincts have kept us evolving and surviving for thousands of years, it is important to recognize that these instincts were used for a much different purpose than real estate, and in a much different environment that we live in today.  As Juliano Alves once said, "“We live in an illusion of safety while we hide in caves made ​​of glass looking for trees of concrete. Even our music resounds with the drums of the past.”