Predictions for 2020 That Missed the Mark 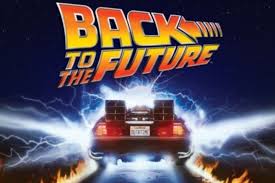 It is hard to think that 2000 was almost 20 years ago.  Do you recall the predictions that the world was coming to an end and that people would not be able to access cash as banks would crash due to technology limitations?  Within a few days, another decade will begin and I thought it might be interesting to look at predictions for 2020 made years ago.

Interestingly enough, the curator of the mechanical technology at the Smithsonian Institution stated in an article released in 1900 in the Ladies' Home Journal that there would no longer exist in the English language the letters "C, X or Q" stating that people would use more phonetic spelling based on sounds rather than unnecessary letters. I uestion the uality of his omments as I think his predictions were eaggerated and unfounded.

IBM once predicted that computers will "touch, taste, smell, hear and see by 2018".  Although this hasn't happened yet, the advent of Alexa and Google Home might help us to do many of the tasks required to read, cook, or even turn down our heat at night.  IBM might not have been entirely correct, but it will be interesting to see the adaptations of Smart home products in the coming year.  Many new homes are designed to utilize technology and be more efficient for heating, security, and durability.  In fact, kitchens have evolved to no longer include special cabinets for storing cookbooks as many people simply rely on their Iphone, tablet or Alexa for their favorite recipes today.

Time magazine once reported in 1966, that by the 21st century "machines will be producing so much that everyone in the U.S. will, in effect be independently wealthy".  We know that this is not true, but if you could imagine a family in the 1960's having multiple TVs in a home, computers for toddlers, and multiple vehicles, one might argue that "wealthy" might be a term loosely associated with owning things.  A quick trip to the Dollar Store will show you that makeup, food, clothing, decorations and even home pregnancy tests for only one dollar.

Nikola Tesla (the inventor of the AC electric motor used in Tesla's cars today), once predicted in 1937 that coffee, tobacco and tea would no longer be considered acceptable to society because they would be considered unhealthy.  This is fascinating, given the lower number of smokers today than during the 1930's, and the recent pushback to vape-type cigarettes such as Juul.  I just wonder if even Tesla could have predicted Elon Musk's electric truck design and "bullet-proof glass windows" that missed the mark recently.