Working in real estate is one of the most interesting jobs that one can have.  We are often privy to client's dirty laundry (on so many levels), and sometimes the stories are too crazy not to share.  This week, I wanted to share an actual story of the secret reason that clients decided to sell their beautiful townhome. It was all due to a mini garden gnome...

A few years ago, our clients advised that they wanted to sell their townhome.  It was only a few years old and offered many of the features, location, and finishings that they had so desperately wanted.  It seemed odd that they would suddenly be so committed to selling and moving out of the neighbourhood.  It turned out that a young child who lived in the complex had stopped by several weeks prior, and had asked the wife if there were any odd jobs that he could help with as he was trying to save up enough money to go to the pool.

The homeowner told him to speak with his parents and if they were ok with him pulling weeds from the front yard, that she would pay him and ensure that he had enough money for a swim and treat.  Because it was a townhome, most of the landscaping was taken care of already, so it wasn't a large job (even for a child).  The boy returned and stated that he was "good to go" and pulled out two weeds and then knocked again on the door.  He explained that weeding was tiring and asked if he could just simply have the money.  Given that his work had lasted all of 10 seconds, the owner told the boy that she couldn't pay him when he didn't do the work.  He asked that each weed he pulled would be worth $5 so that he also put some money aside for days when he didn't want to work!

An hour or so passed, and the homeowner saw the boy sitting in the garden not moving.  Eager to rid herself of this living garden gnome, she gave the boy some money to go swimming and he left.  Each day afterwards, the boy would knock on the door and ask for money.  Politely, the couple would explain to the boy that he could not pop by the house several times a day and ask for money or question them by asking "whatcha doing?".  The husband became irritated that the boy would not leave when asked, so he told the youngster he wasn't welcome any longer.  As they sat down for dinner that night, they looked out into their front yard and the boy was sitting, stone-faced, watching them through the window.  Gentle conversations with the parents ensued but they said that their son was just really friendly and could not understand why the couple would be concerned that their son would visit them through the glass window at night.  This continued for several weeks, and bothered them so much that they decided to sell and move.

The home sold quickly and the moving date approached.  The garage door was left open for the movers to make short work of the boxes, and the wife cautioned the movers that they might be bothered by a young child asking for money.  The movers laughed it off..UNTIL...one of the movers went to grab a larger box, only to find the boy hiding inside it!  Even the movers were stunned by the ninja-like behavior this precocious youngster had exhibited and likely set a record for the fastest move ever!  He then proceeded to ask the movers for $5 to leave and, needless to say, the boy learned some VERY adult language from the terrified movers!

The homeowners moved into their new home and were gifted with a garden gnome statue that they proudly displayed in the front yard of their new home, a reminder of their crazy but true mini-stalker. 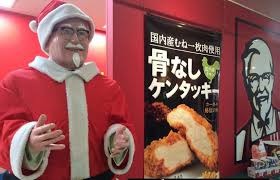 The holiday season is upon us.  There is no turning back now!  Whatever festive traditions you celebrate with your friends and family, ...Read More

Tips for Selling Your Home During the Holidays

It can be difficult to decide whether or not to have your home on the market during the holidays.  Typically, there are fewer showings ...Read More 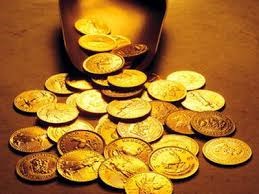 What to do when you think your listing may be haunted?  Believe it or not, that is a question that our Layzell Dreger Team encountered....Read More